Car maker Audi has this week unveiled a new concept car in the form of the Audi 700HP Hybrid Quattro Sport e-Tron, which will be officially unveiled at the 2013 Frankfurt Motor Show next month. 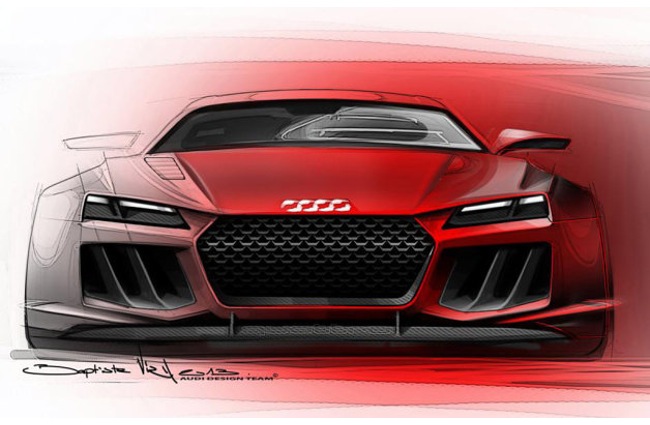 Details of the Quattro Sport E-Tron Concept are still light on the ground at the moment but the new beast of a car is expected to have 700HP which is provided via a split between a gas and an electric engine power.

With the same twin-turbo 4.0-liter V8 found in the RS6 and RS7 under the bonnet of the Quattro Sport E-Tron Concept which is capable of a top speed of 205 mph, and arriving at 62 mph in less than three seconds.

The Audi Quattro Sport E-Tron Concept will make its official debut at the 2013 Frankfurt Motor Show next month,when we will bring you more images and details on the new supercar.