If you use a Mac keyboard and tracker pad you will be aware of the tendency for them to slip and slide all over your desk. Well a new Kickstarter project called aTrackt is hoping to solve this problems and is looking for backers to help push the new creation into production.

The aTrackt is a simple device which securely positions the Apple Magic Trackpad alongside Apple’s matching Aluminum Wireless Keyboard. It accomplishes this without changing the angle or state of either of the Apple devices to retain the ergonomic properties. 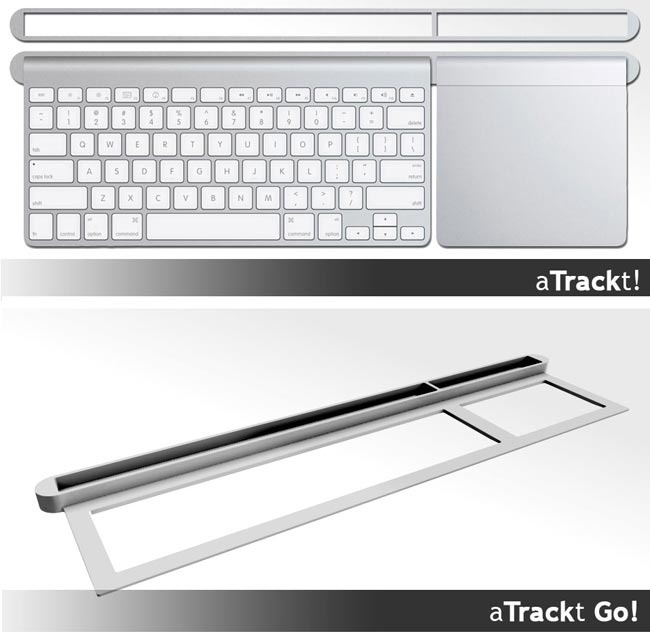 There is also another device called the aTrackt Go! pictured above, which is a variation of the aTrackt! that allows your devices to be used away from your desk. It features a solid 5/32nth-inch thick lower support frame that’s rigid enough to allow you to perform a physical, tactile click on the trackpad while being used in your lap or even held in your hand.

For more information about either the aTrackt or aTrackt created by Mark A. Donohoe visit the Kickstarter website, with pledges starting from just $1.