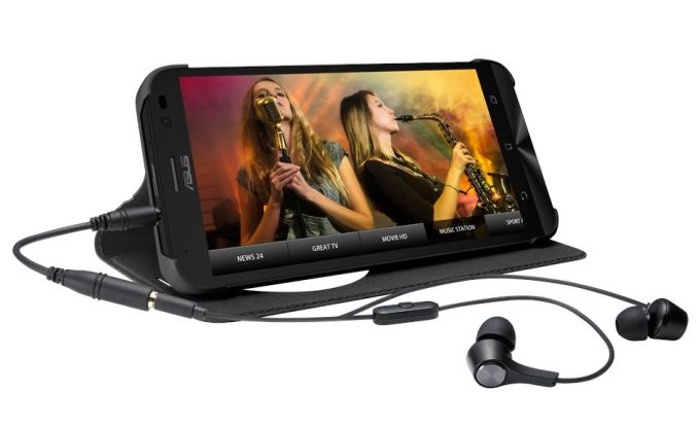 Asus has unveiled a new TV and smartphone device this week in the form of the Asus Zenfone Go TV which the company has already launched in Taiwan priced at around $170.

The Zenfone Go TV is equipped with a 5.5 inch IPS display and takes the form of an affordable smartphone which provides users with a resolution of 1280 x 720 pixels and is powered by a Qualcomm Snapdragon 400 processor supported by 2 GB of RAM.

Internally Asus have included 16GB of storage which can be expanded further by use of the handy microSD card slot up to a maximum of 64GB using extra storage cards. The smartphone is shipped running Google’s Android 5.1 software and includes 5 megapixel front facing camera for video calling, together with a 13 megapixel rear facing for video and photographs.

Other features include connectivity via both Bluetooth 4.0, 4G LTE and wireless 802.11n, together with a 30.10 mAh battery. The smartphone is also equipped with a TV tuner in the form of a Sony SMT-EW100 dogota; capable of picking up DB-T, DB-T2, ISDB-T, and ISDB-tmm signals. so don’t expect this model to be available in the US or Canada any time soon. Although it would be supported throughout Europe, Asia and the Middle East to name a few.

Unfortunately no information on pricing or worldwide availability has been released as yet for the Asus Zenfone Go TV, but as soon as information comes to light we will keep you updated as always.