Asus has announced that it will be launching a new Republic of Gamers (ROG) branded PCIe solid state disk (SSD) next month, in the form of the RAIDR Express.

Spscific details on the new Asus RAIDR Express are still a little scarce at the moment, but the new solid state disk (SSD) was first unveiled back in CES earlier this year. 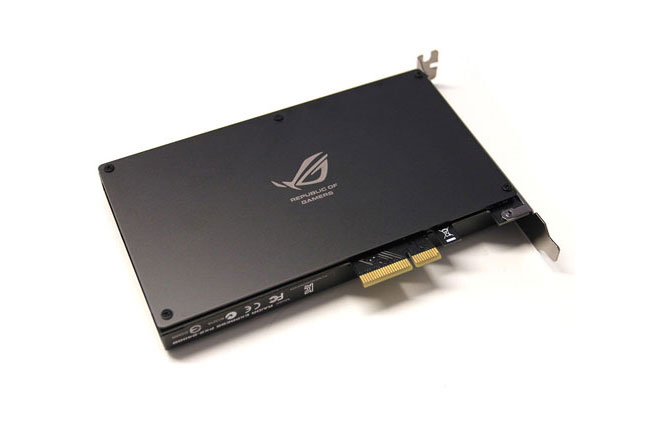 However what we do know is that the new Republic of Gamers PCIe solid state disk (SSD) will provide 830MB/s read and 810MB/s writes, and will feature Toshiba MLC NAND.

Unfortunately no information on pricing or worldwide availability has been released as yet either, but as soon as information comes to light we will keep you updated as always.