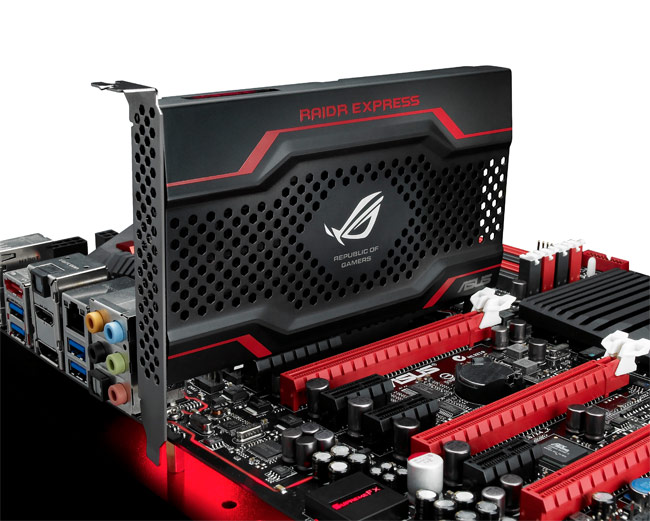 “RAIDR Express isn’t like other SSDs. It’s the world’s first and only PCIe-based SSD with DuoMode BIOS support. With two BIOS chips onboard, RAIDR Express includes a hardware switch that lets users easily alternate between legacy and UEFI modes, ensuring the best compatibility with PCs old and new.

In legacy mode, the RAIDR Express can be used on older motherboards — those with a traditional (non-UEFI) BIOS. By switching to UEFI mode, users can significantly boost PC startup times. With the flexibility of choosing which mode is best, users can enjoy the benefits of both.”

For more information on the new ASUS RAIDR Express PCI-e SSD jump over to the ASUS press release website for details. Unfortunately no information on pricing or worldwide availability has been released as yet, but as soon as information comes to light we will keep you updated as always.