Asus has this week announced that their new Padfone 2 device will be officially unveiled and launched next month on October 16th 2012 in both Milan Italy and Taipei, Taiwan.

The new Asus Padfone 2 is their hybrid mix of smartphone, tablet and notebook, but unfortunately no specifications or other details about the new Padfone 2 device has been released at the current time. 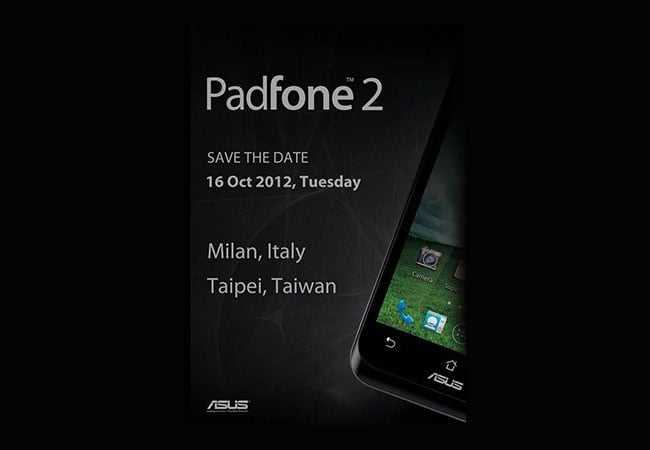 Rumours are suggesting that the new Asus Padfone 2 devices may be equipped with a Snapdragon S4 processor, supported by 2GB of RAM and running Google’s Android 4.0 Ice Cream Sandwich (ICS) operating system.

Also no information on pricing or worldwide availability has been released as yet, but as soon as information comes to light we will keep you updated as always.