The guys over at Engadget have the full details on the new Asus Eee PC 900, with its 8.9 inch screen. 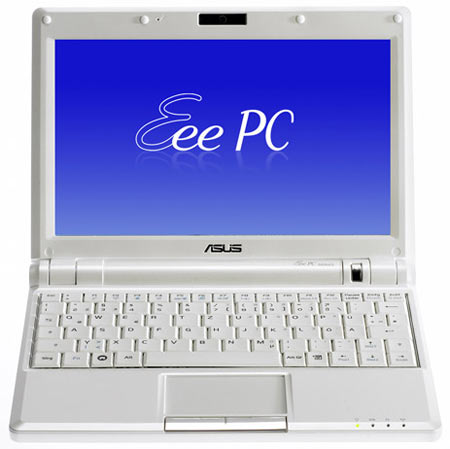 The Eee 900 will carry dual flash storage, there will be a 4GB SSD in  the motherboard and there are two different models, the processor remains the same with a 900MHZ Celeron M that is found in the PC 701.

First up there is the Windows XP version with an 8GB SSD in the PCIe slot, giving it 12GB of storage.

Next up is the Linux version with a 16GB SSD in the PCIe slot, giving it 20GB of storage.

This means that it should be easy to upgrade the Eee 900, both models would retail for around $500 to $560, obviously the price will differ by country due to taxes.

After a bit of research I have found out that both models will retail for £329.99 including taxes here in the UK.

The good news is that the Eee PC 900 will go on sale today in the UK and Hong Kong, France will get it on the 17th, Taiwan and Singapore will see it later this month and Australia, Germany and Italy will get it in May.

Funnily enough there are no details on when it will appear in the US, which I find a little strange.

I wonder if Asus are initially releasing the Eee PC 900 in Europe to beat competitors who are bringing out similar products, and the releasing an Intel Atom version in the US at a later date.

Head on over to Asus for full details of the release, I can’t wait to get my hands on one of these.

Update: The Asus Eee PC 900 will retail in the UK for £329.99 for both models, which includes taxes. It is available to preorder online as of today and will ship on May the 11th.