We posted details of Asus’s new Eee Note EA800 8 inch eReader just a few days ago but Asus has now revealed shipping dates and prices for the 8 inch version of their Eee Note.

The smaller 8 inch will be arriving in December 2010 costing from $261 while the larger 12 inch Eee Note will be arriving in January 2011. More details of the 12 inch tablet will be released by Asus next month but its thought to be priced around $900. 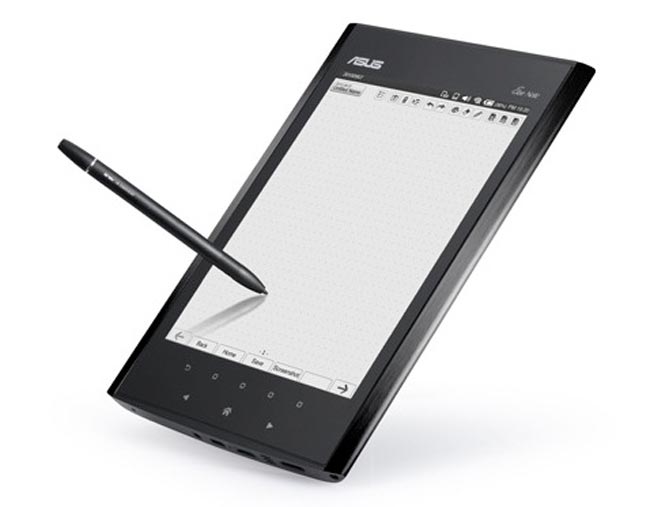 In addition the Eee Note, Asus is also ready to launch two 10 inch Eee Pads with one running Widows 7 and Intel’s Oak Trail platform, and the other Nvidia’s Tegra 2 and Android in March 2011 with prices though to be between $499 and $599.

Not to leave out the 7 inch market Asus is also planning to launch 7-inch Eee Pads, which may use either Tegra 2 of a solution from Qualcomm with Android, while a 3.5G model will feature phone functions. We will keep you posted on the details as they become available.