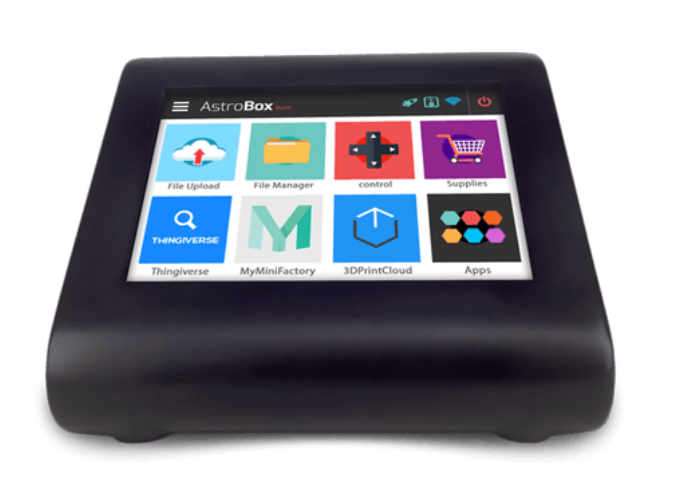 Anyone who already owns or has built their own 3D printer and would like to add any powerful touchscreen control console may be worth giving the new AstroBox Touch more investigation.

Created by a team based in San Diego California the AstroBox Touch has been specifically designed to add powerful touchscreen features as well as wireless and cloud connectivity to your 3D printer. 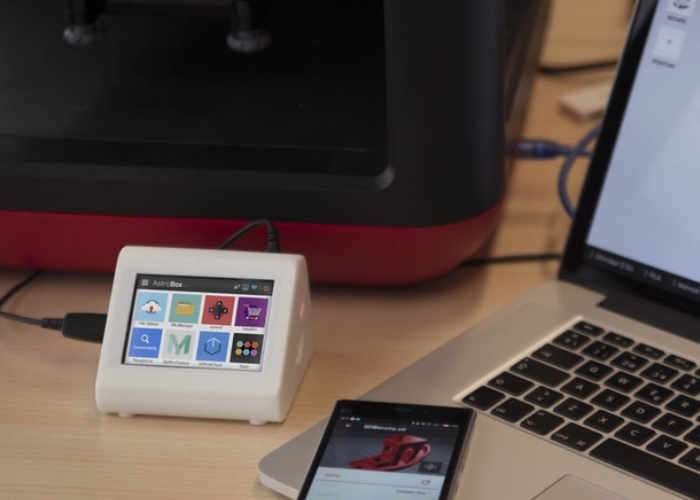 If you are a 3D printer owner looking for a simple, intuitive, and plug & play way to print stuff, The AstroBox Touch is for you.  AstroPrint frees you from the hassle of wires, SD cards, and complicated engineering grade software – so you can just focus on 3D Printing.

The AstroBox Touch is a simple, intuitive, cloud connected touchscreen for your 3D Printer. Yes, you can even extend its capabilities by installing 3D Printing related apps on it, just like your smartphone! Since the AstroBox Touch has been built with developers in mind – You will be able to install 3D Printing related apps from 3rd parties on your Touch just as easily as you install apps on your smartphone. For example, you could have a Thingiverse app, a Design Repair app and an app that will send you text notifications when a print has finished.

Jump Over to Kickstarter for more details and to make a pledge from $150.