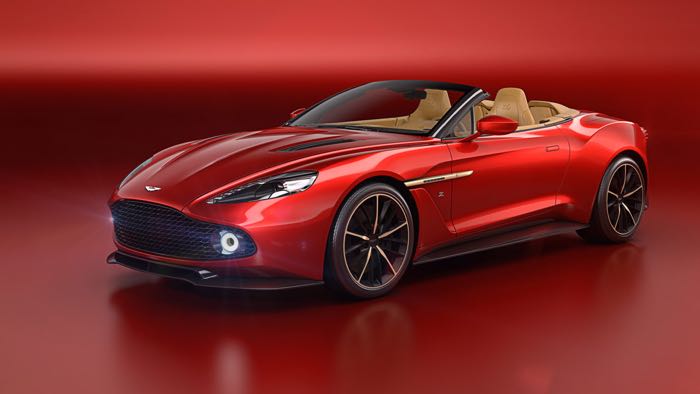 The company will make just 99 units of the Aston Martin Vanquish Zagato Volante and each one will be constructed at their HQ in Gaydon, England.

The Vanquish Zagato Volante comes with a V12 engine that produces 592 horsepower and it has a 0 to 60 miles per hour time of just 3.7 seconds.

The Vanquish Zagato Volante shares its proportions with the Coupe, a quintessential Aston Martin form with a classic Zagato twist, evoked by round tail light reflectors that use the same ‘bladed’ LED technology as the Aston Martin Vulcan supercar. The twin cowls on the rear deck blend into the leading edge of the luggage compartment, concealing a bespoke folding hood derived from the mechanism used in the Vanquish Volante. Carbon fibre sills around the lower body create a pronounced horizontal emphasis that runs from front to rear.

“Just like the Coupe, we have emphasised the way surfaces change and intersect to create a muscular form. We’ve endeavoured to create an elegant, flowing shape that really works to emphasise the car’s sculpted rear haunches” says Aston Martin’s EVP and Chief Creative Officer, Marek Reichman.

The company has said that the first units of the Aston Martin Vanquish Zagato Volante will be delivered to customers next year.