Hot after the launch of their new Assassin’s Creed: Revelations, Ubisoft have wasted no time announcing the arrival of the first DLC for the game which will be arriving next month on December 13th.

The new Assassin’s Creed: Revelations called Ancestors will include four new multiplayer characters : the swashbuckling Privateer, the devious siren Corsair, the battle-tested Brigand and the bloodthirsty Gladiator. Each with their own unique gameplay style, moves, weapons and taunts. 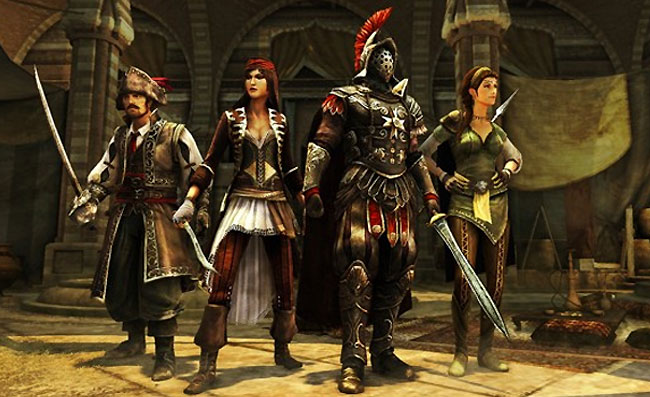 The Ancestors Character Pack will be available for download December 13 for $3.99 on the PlayStation Network for the PS3 and via Xbox Live for 320 points for the Xbox 360.

If you are still waiting for the PC version of Assassin’s Creed: Revelations to be released its due to arrive this month on November 29th.