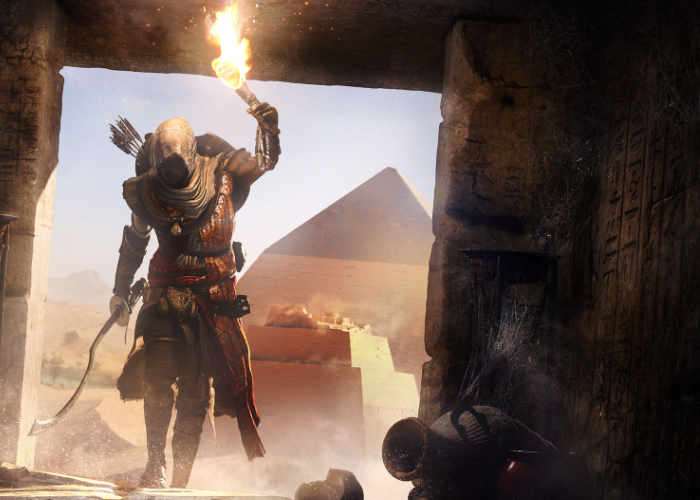 Assassin’s Creed Origins will not feature any multiplayer gameplay just a single player campaign offering a stealth action-adventure set in Ptolemaic Egypt and follows Bayek, a Medjay, as he works to protect his people from threats and will include naval combat and tomb raiding.

Check out the E3 2017 cinematic trailer below to learn more bot the games storyline and gameplay.

The plot is set in a fictional history of real-world events and will act as a prequel for the series, displaying the origins of the struggle between the Assassins, who fight for peace with liberty, and the Templars, who desire peace through order. The open world design lets players freely roam Egypt. The game is played from a third-person view and its world can be navigated on foot, horseback or boat. Like its predecessor, Origins will not feature any multiplayer gameplay.

The game will feature several changes in gameplay from the previous games in the series. Players complete quests—linear scenarios with set objectives—to progress through the story. Outside of quests players can freely roam the open world on foot, horseback, camel-back or boat. Unlike previous games in the series there will not be many tall structures to climb to unlock areas of the map, and a new reaction-based combat system will be featured.