The information was discovered on the Ubisoft website and the page revealed the released date as the 29th October 2013. The page has since then been quickly edited to remove the news. 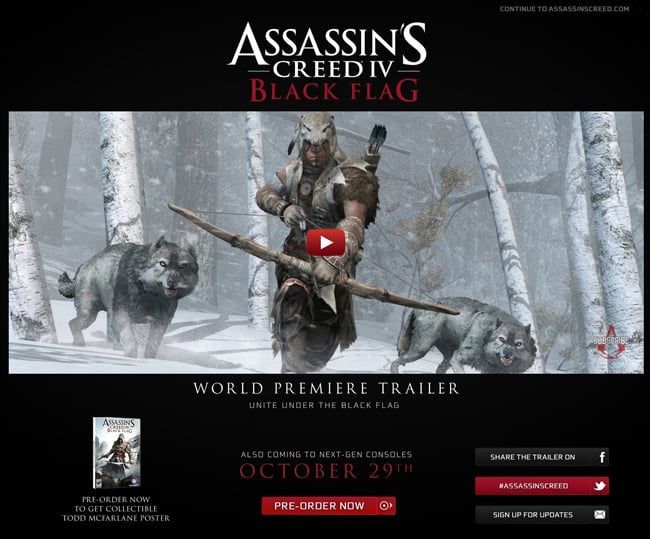 However before this was completed the page revealed that both current and next generation consoles will be receiving the new Assassins Creed 4 Black Flag game.

Yesterday Ubisoft revealed that Assassins Creed 4 Black Flag would be launching on the Xbox 360, PlayStation 3,Wii U and PC, but the new leaked information also adds the PlayStation 4 and new Microsoft 720 xbox to the list.

A new trailer for Ubisoft’s Assassins Creed 4 Black Flag game will be released on Monday and reveal more information and a glimpse of what you can expect from the new game once it officially launches.

The Assassins Creed 4 Black Flag release date was spotted by the Gaming Everything website.