Fans of Assassin’s are sure to enjoy this 5 minute short fan made movie which has been created by the Corridor Digital, named Assassin’s Creed 3: Rebel Blades.

The latest and highly anticipated Assassin’s Creed 3 game will be launching on October 30th for Xbox 360, PlayStation 3 and PC, and is currently being developed by Ubisoft Montreal and published by Ubisoft. 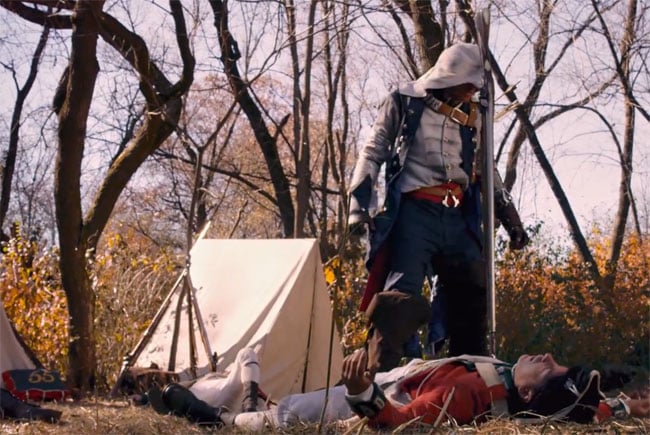 The new Assassin’s Creed III game is set before, during and after the American Revolution from 1753 to 1783, and will feature a new protagonist: half-English and half-Native American, Connor Kenway, birth name Ratonhnhaké:ton. Enjoy!

“His Majesty’s finest find not one, but two rebel assassins, each willing to trade their blood for soil.”