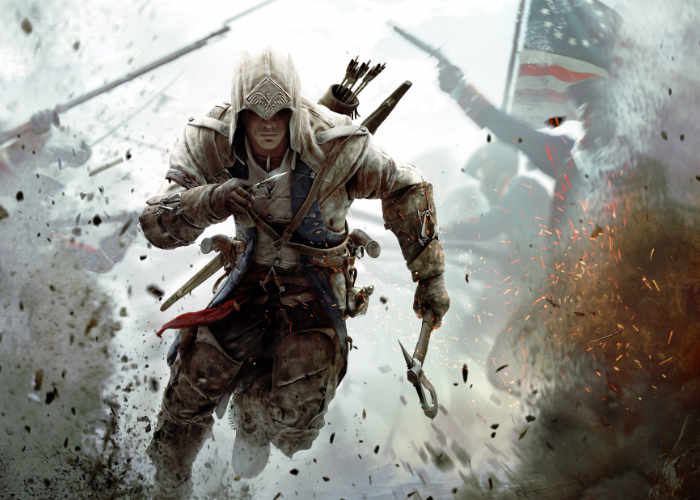 Ubisoft has today announced it will be providing free copies of the Assassin’s Creed 3 game for PC users during the month of December 2016 to celebrate Ubisoft’s 30th anniversary.

The game adds to the list of already released celebration games that included titles such as Splinter Cell back in July, The Crew in September and farCry 3 Blood Dragon last month.

Jump over to the official Ubisoft website for more details on how you can download this month’s game Assassin’s Creed 3 for free.

Revealed at E3 2006, Assassin’s Creed puts the audience in the middle of an ancient war between two age old factions: the Assassins, who fight to protect free and the Templars, who aspire to impose a New World Order.

Throughout history, these two groups have been fighting for the fate of humanity. In the Present, the Templars are close to realizing their dream of dominion by using ancient artifacts known collectively as Pieces of Eden. Among other things, these artifacts have the power to influence the human mind and control the masses.

With the development of the Animus, a device that allows for the projection of genetic memories buried deep within a subject’s DNA, Abstergo Industries —a Templar front—has been abducting people in the hopes of locating these lost artifacts.
From Italian Renaissance to the Russian Revolution, the player meets real historical heroes, take part to event and shapes its own destiny. From one episode to the other, the creative teams have constantly added new layers of interactions and new gameplays making each world deeper and more fascinating.

Today we offer you the Assassin’s Creed III, the game where as a Native American assassin, you experience the truth behind the most gruesome war in history: the American Revolution.