Over the weekend a couple of unannounced games have been spotted advertised for arrival on Sony’s latest portable gaming console the Sony PS Vita. The spotted games include the upcoming Assassins Creed 3, which is a little less of a surprise than the arrival of the Ghost Recon: Final Mission which were both spotted on retailer websites. 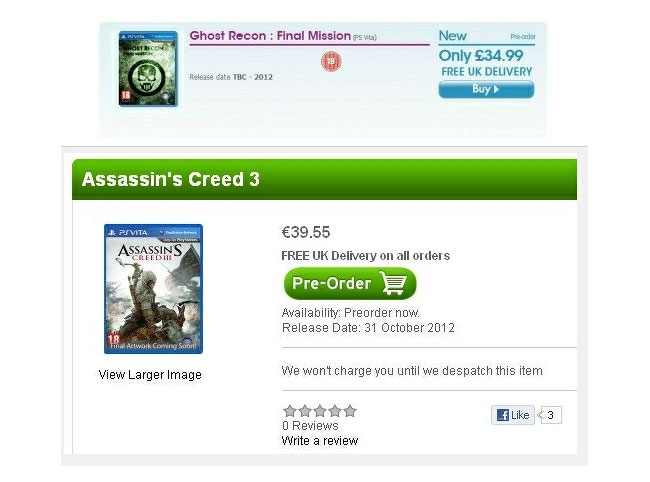 Ubisoft has previously mentioned that a version of Assassins Creed 3, was underdevelopment for Sony’s portable gaming PS Vita console but it was unconfirmed as to whether it would be a version of the PC console game.

The PS Vita Final Mission game follows on from the recently launched Future Soldier, as well as the upcoming free-to-play PC and Wii U game Ghost Recon Online, that will be arriving this fall. As more information comes to light we will keep you updated.