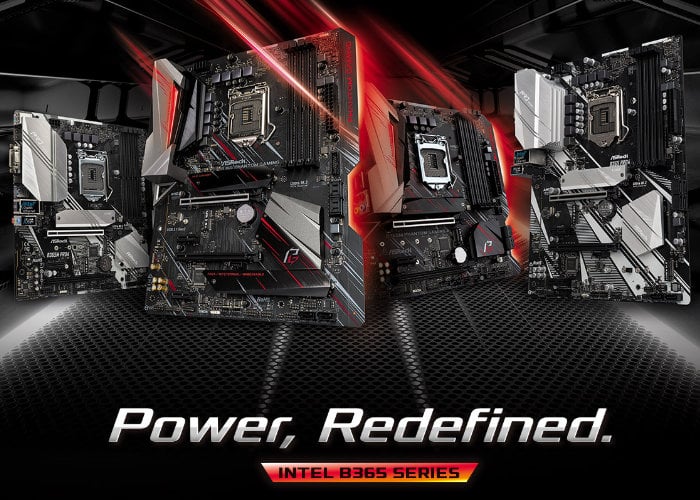 ASRock has announced in new addition to their range of motherboards introducing the ASRock Intel B365 motherboard series which was showcased at this year’s CES 2019. The new range has been designed for the mainstream market, with huge improvements to both functionality and athletics when compared to previous ranges, and consists of five new motherboards.

“As M.2 NVMe SSDs get ever more attractive through affordability, capacity and performance, it is certain that these lightning fast storage devices will soon be a must have solution for gaming or even everyday use. ASRock has seen this trend and went all out to be the first to include the M.2 heatsink as standard equipment for the mainstream motherboard, the B365 Phantom Gaming 4 even has two separate M.2 heatsink for secondary high speed M.2 SSDs.”

For more details on each motherboard in the range and full specifications jump over to the official ASRock website by following the link below.