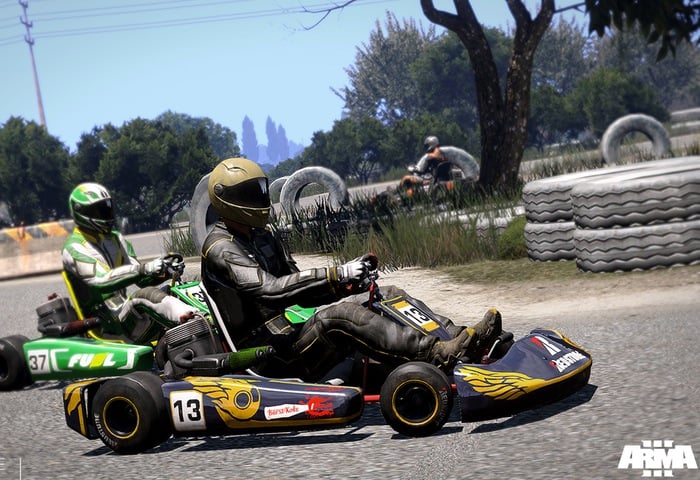 Arma 3 players that remember and enjoyed the Arma 3 Kart Racing Aprils fools joke that was unveiled earlier this year by the games developers Bohemia Interactive.

Will be pleased to know that Bohemia Interactive has today announced the launch of a new Arma 3 Kart Racing update that can be installed within the game as a downloadable add-on which is priced at $1.99.

Together with various race objects to build your own racetracks. Watch the video after the jump to learn more about the Arma 3 Kart racing add-on and see it in action. For more information on the new Arma 3 Kart Racing add-on jump over to the Bohemia Interactive website for details and download links.

“To try out the new DLC approach from a player, technical, and business perspective, Bohemia Interactive today releasedArma 3 Karts – the first paid DLC for Arma 3. Originally announced as an April Fools’ joke via the Splendid Split parody video”