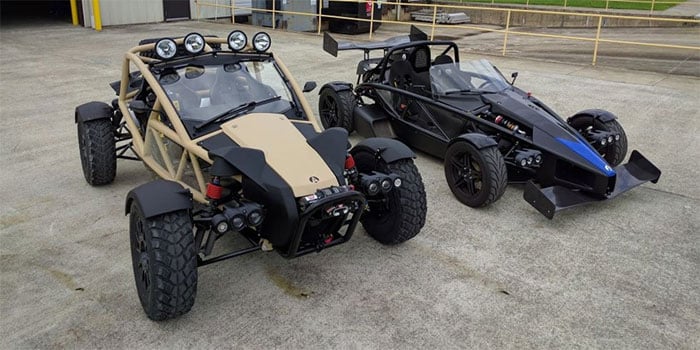 It’s been a while now since Ariel announced its slick little minimalist off-roader called the Nomad. The Nomad is a rougher sibling to the Ariel Atom, a mad little tube frame track day beast that happens to be street legal and is about as close as you get to motorcycling with four wheels. Nomads are powered by a 235hp Honda four-cylinder engine mounted in the rear of the vehicle.

It has a 6-speed manual transmission and fully adjustable Ohlins long travel suspension with double unequal wishbones. A version called the Nomad Tactical adds skid plates, sump guards, lights, and winch. New Nomads will begin being delivered in the US in July.

The only thing not minimalist about the Nomad is its price tag. A standard Nomad Sport starts at $78,200 with the Tactical version starting at $90,450. The big downside I see to the Nomad it is lacks 4WD and with no bodywork any off-road excursion will leave you wet, muddy, and uncomfortable. I certainly like the looks of the Tactical though; it might be just the ticket for high-speed off-roading in the desert. This thing looks like a vehicle for Special Forces soldiers.