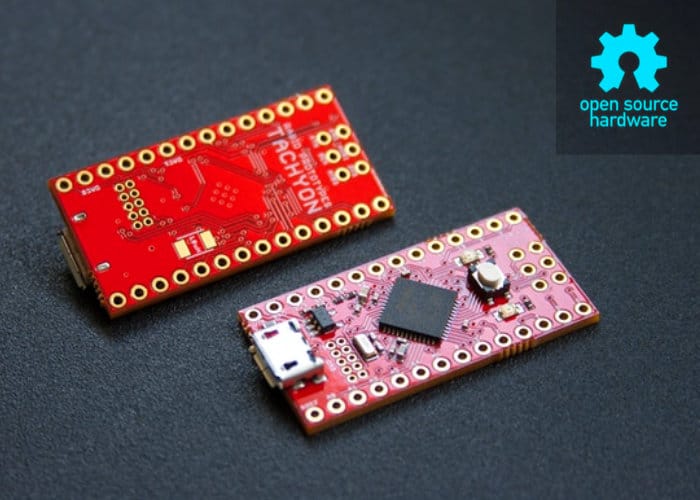 Rabid Prototypes has taken to Kickstarter once again to launch their 14th campaign to raise the required funds to take their new electronic Tachyon Microcontroller development board into production. The Tachyon is a lightning-fast open-source Arduino Zero compatible board, featuring a 32-bit ARM M4F processor running at 120MHz, and equipped with 128K of RAM. Tachyon’s pinout is nearly identical to both the Neutrino and Arduino Zero, making it a drop-in replacement for virtually any project already equipped with one.

“This is made possible because the SAMD51 is a close relative of the SAMD21. So close in fact, that to create the Tachyon I needed to make only a few minor tweaks to the Neutrino’s layout to get the new chip to work with it. Specifically, the values of two capacitors were changed, and one pin, which the Zero broke out for an RX LED, but which was not broken out on the Neutrino, was re-purposed for the chip’s internal switching regulator.”

Specifications of the Tachyon Microcontroller include :

For more information and full specifications on the Tachyon Microcontroller jump over to the official crowdfunding campaign page by following the link below.