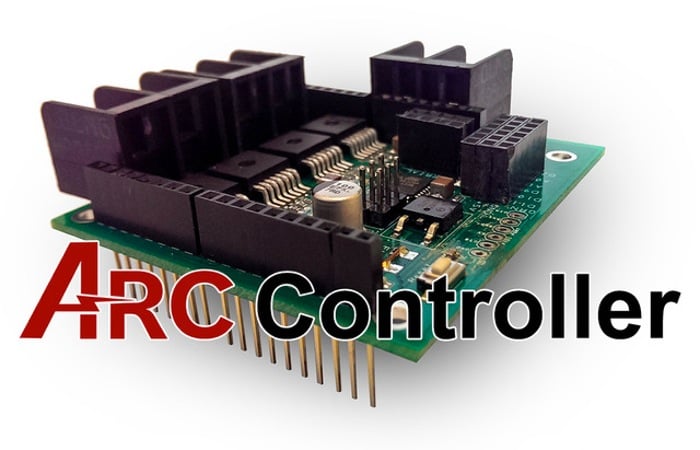 Maker, developers and hobbyists that enjoy building Arduino platform based projects might be interested in a new Arduino Motor Shield called the Arc controller which has been created by Arc Robotics.

The Arc Controller has been specifically designed to provide power to the Maker by adding high Amp motor control to your projects. Watch the video after the jump to learn more about the Arduino Motor Shield project and see it in action. 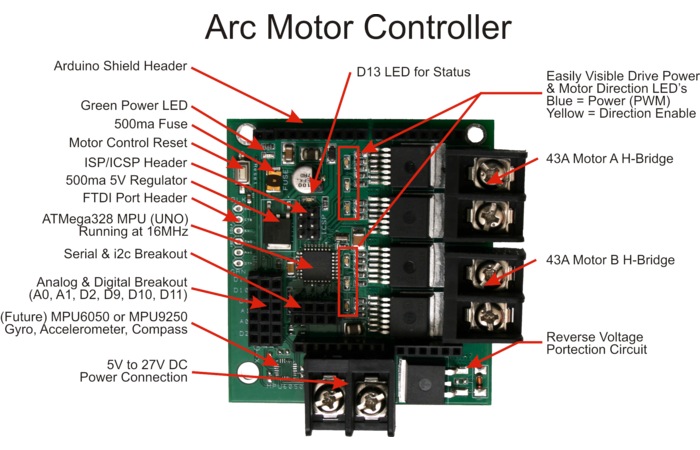 The Arduino Motor Shield project is currently over on the Kickstarter crowd funding website looking to raise $41,500 in pledges to make the jump from concept to production. Its creators explain a little more about their creation.

“There have been a lot of amazing projects come out of the Maker revolution, however, many are limited by the capability of their motor controller. We want to change that. The Arc-Controller is a bridge to bring high Amp motor control to your projects, up to 43 amps with a heat sink. It is capable of variable speed and direction control over a single Stepper Motor or two DC motors, because when do you only need one motor.

The Arc-Controller is compatible with about any Arduino, or other micro controller such as Raspberry Pi. It runs an ATMega328, and is user programmable via the Arduino IDE. Thanks to the ATMega the Arc Controller can run as a standalone micro controller or be slaved by any other device. Giving Makers the ability to push the limits of what has been done and change the power to change the world.”