Makers and tinkerers looking for a new project to get their teeth into might be interested in this DIY Arduino mini lazer paper-cutter, which uses a 100mW blue/violet lazer with external battery power supply.

The Arduino mini lazer paper-cutter has been under development for some time by Instructables user “kokpat” whioc has now finished the project and posted its details on the Instructables website. 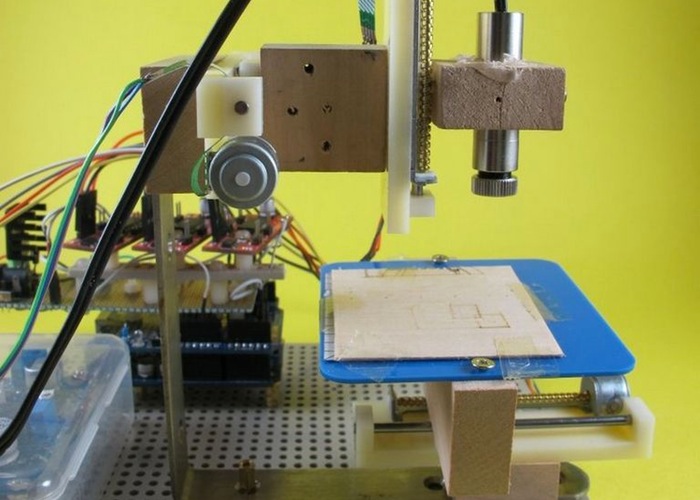 “I am using easydriver for controlling the movement of the stepping motor.Some website said GRBL support not only Arduino Uno but also Duemilanove, nano….. So I wonder I can make a shield for easily testing those arduino.

First, I screw the easydriver on a plastic stick, then solder them with wire. Second, I allow the easydriver connect with arduino by pins (for easy configuration) Third, I screw the plastic stick on a standard arduino shield and the whole things now can be plug and play with any arduino that come with GRBL. I had soldered IRF510 for controlling the on/off of the lazer on the shield, together with power jack.”

For more information on the new Arduino mini lazer paper-cutter jump over to the Instructables website for details.