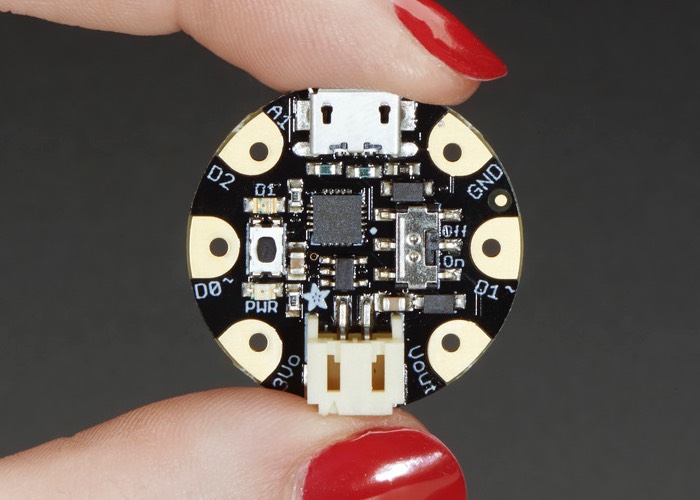 Makers, developers and hobbyists that have been patiently waiting for the new Arduino Gemma V2 development board to start shipping from Adafruit who has been a partner in the development of the new board.

You will be pleased to know that the boxes containing the new wearable micro controller have now arrived and Adafruit will be preparing to ship out the 27mm diameter wearable hardware very soon.

“Love FLORA but want a bite-sized version? Look no further, GEMMA is a tiny wearable platform board with a lot of might in a 1″ diameter package. Powered by a Attiny85 and programmable with an Arduino IDE over USB, you’ll be able to realize any wearable project!

NEW In version 2! On March 4, 2015 we released Version 2, which is physically and code-wise identical but has changed the Mini-B connection for a Micro-B USB connector and adds a much-requested On-Off switch!”

For more information on the new Arduino Gemma version 2 jump over to the official Arduino website for details and to purchase for $7.95.