Arduino has today unveiled a new addition to their range of ready made boards with the unveiling of their new Arduino Esplora, which has been designed to provide developers with an open source customisable video game controller.

The Arduino Esplora is equipped with a Arduino-compatible processor with a light sensor, a temperature sensor, a 3-axis accelerometer, a joystick, a set of pushbuttons, a slider, an RGB LED, and a buzzer. 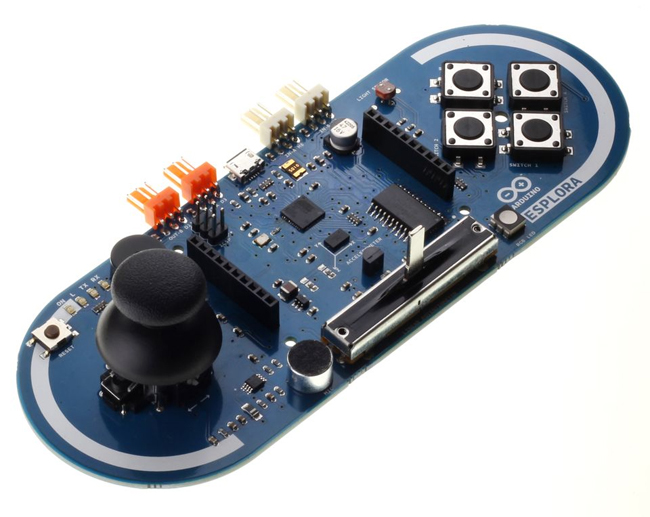 The new Arduino Esplora has been designed to emulate traditional input devices like a mouse or keyboard, and Arduino has developed to not only be a games controller. But also provide controls for applications such as musical software, or creating digital 3D models as examples,

“The Arduino Esplora is a ready-to-use, easy-to-hold controller that lets you explore the infinite possibilities you have in the world of Arduino, without having to deal with breadboards or soldering. Shaped like a game controller, it’s designed to be used out of the box without extra parts since it comes with many sensors and actuators already on it.”

In the near future Arduino hopes to release a colour LCD module that can be plugged on the Esplora to create your very own open source console. The Arduino Esplora is available from today for €44.90 + taxes for the Retail version and €41.90 for the non retail version.