The new Arduino Due is based on a Cortex M3 ARM processor, and has been designed to provide increased performance and faster connectivity at an affordable $49 price, and is available from today. 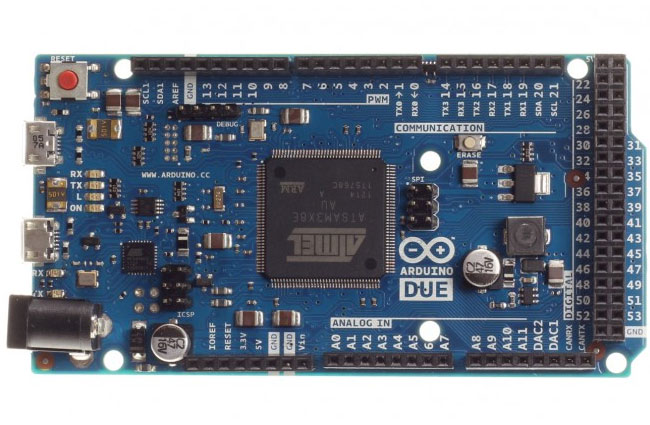 Features of the new Arduino Due development board include, a SAM3X8E processor from Atmel, based on the 32 bit ARM Cortex M3 architecture running at 84MHz, USB 2.0 interface that can be used as a USB Host, 12 x analog inputs, 4 x high-speed serial communication ports and 70 input/output pins to name juts a few.

“Having a 32bit ARM processor running at 84 MHz allows you to do much more much quicker,” -“If you think about the Quadcopters that Chris Anderson and his community are building, they need to read many sensors as fast as possible then process all that data to calculate how to keep the quadcopter flying properly. Having a faster processor, with much more capabilities like DMA can increase the stability, responsiveness and precision of the aircraft while using less chip to do it.”

Explains Arduino co-founder Massimo Banzi in an e-mail to Wired, for more information jump over to the Wired website for the full Arduino Due press release.