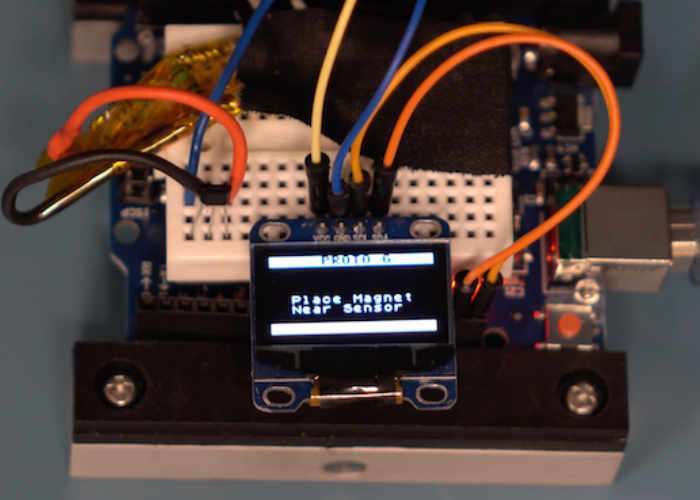 Arduino enthusiasts and makers looking for a project to keep them busy this weekend may be interested in a new Arduino powered DIY Gauss meter that once constructed can easily provide feedback on a magnet strength.

Watch the video below to learn more about the construction of the DIY Arduino gauss metre and how it can be used to test magnets that you have harvested from disk drives and other devices, allowing you to categorise them and recycle them in newer projects.

You may know that a neodymium magnet is more powerful than something you usually find on a refrigerator, but by how much? Most people, even those willing to harvest magnets from disk drives, accept that some magnets are stronger than others. This, however, wasn’t quite good enough for Anthony Garofalo, who instead converted a prototype voltmeter he made using an Arduino Uno and a tiny OLED display into something that displays the magnetic, or Gauss level.

It also shows whether it’s observing the north or south pole of the magnet, which certainly could be useful in some situations. Though full documentation isn’t available right now, Garofalo says that he’ll make it available once he repackages everything in a smaller format with an enclosure. If you’d like to see more of his work, including the voltmeter he based this off.