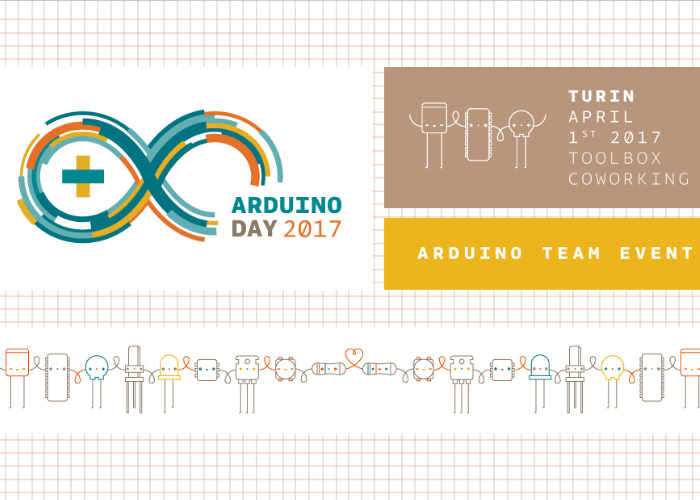 The official Arduino Foundation has this week requested projects and volunteers for this year’s Arduino Day Turin which will be celebrated on April 1st, 2017.

Arduino festivities will be taking place worldwide, although the Arduino team will be holding an official event at Toolbox Coworking in Turin–which happens to be in the same building as Arduino’s new Italian headquarters.

If you want to organise an Arduino Day 2017 event of your own you will need to submit your proposal to the Arduino team by March 11th 2017.

The official adrenal blog explains a little more about what you can expect from this years event :

The Arduino Day Turin program (11am – 6pm), organized in collaboration with Fablab Torino, will include an exhibition area with boards and projects, a talk area with speeches by Massimo Banzi and other Arduino co-founders, a workshop/demo area with free activities for kids–with the Fablab for Kids team–and adults, as well as an Arduino store with special prices and offers.

We are currently seeking projects for Arduino Day Turin’s exhibition space: if you are an individual or team of Makers and would like to show off  your creations, feel free to fill out this form by March 18th. If you are an Arduino enthusiast and want to help out, we are also looking for volunteers (application here) to welcome guests, document the event, and assist the Arduino crew.

Over the next few weeks, we’ll be sharing more news and updates on Arduino Day Turin’s agenda and activities. In the meantime, don’t forget to post and invite your friends via ia social media using the hashtag #ArduinoD17!

For more information on the new Arduino Turin Day jump over to the official Arduino website for details by following the link below. If you are interested in building Arduino projects these may provide inspiration for your next project.