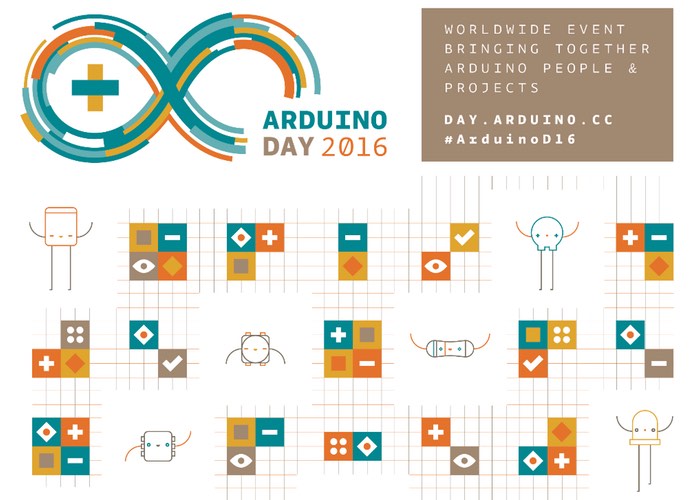 Maker, developers, hobbyists and anyone else interested in the Arduino platform were celebrating this year’s Arduino Day 2016 over the weekend, which took place on April 2nd, 2016 and was celebrated worldwide as both Arduino Day and outside the US, as Genuino Day 2016.

To help celebrate this years Arduino Day over 320 events were held around the world where makers, developers and fans of the platform gathered to show off their Arduino exploits, as well as network as a community.

Watch the video below to learn more about this year’s Arduino day from Massimo Banzi, Tom Igoe and David Mellis who were in Berkeley to help celebrate Arduino Day and Genuino Day and sent out a message to all the Arduino community. If you liked this you might also be interested in building an Arduino wind speed meter

Arduino and its community is celebrating its birthday with a day of official and self-organised gatherings, encouraging people to meet and share their interest in open source DIY electronics with local friends and collaborators. More than 320 groups are creating events right now worldwide! Join the event and find the event near you on day.arduino.cc.

Here’s their message to all the community of organizers, participants and all Arduino fans! To make this event a truly connected experience share your Arduino moments on social networks and especially on Instagram using the hashtags: #ArduinoD16 #GenuinoD16