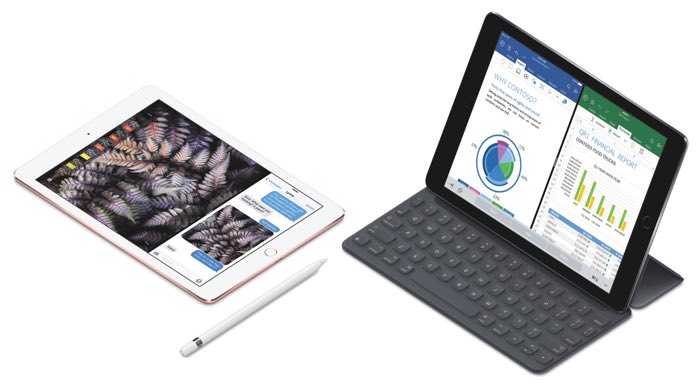 Apple put their new iPhone SE and 9.7 inch iPad Pro up for pre-order last week and now both devices have gone on sale in Apple stores around the world.

Both of Apple’s new devices are available to buy in a number of countries today and they are also launching in more countries on the 4th of April.

The iPhone SE comes with a 4 inch display that has a resolution of 1136 x 640 pixels and the device is powered by the same Apple A9 processor used in the iPhone 6S. The handset also comes with 2GB of RAM and a choice of 16GB or 64GB of storage.

Other specifications on Apple’s new 4 inch iPhone include a 1.2 megapixel front facing camera and a 12 megapixel rear camera which can record Ultra HD video in 4K, the device also comes with a 1642 mAh battery and supports Apple Pay. The new iPhone SE retails for $399 for the 16GB model and $499 for the 64GB model.

Apple’s new iPad Pro comes with a 9.7 inch display that has a resolution of 2048 x 1536 pixels and it is powered by the Apple A9X processor and it features 2GB of RAM.

The new smaller iPad Pro features a choice of 32GB, 128GB or 256GB of storage and it has a 5 megapixel FaceTime front camera for video chat and a 12 megapixel rear camera which can record 4K video.

Prices for the new iPad Pro start at $599 and go up to $1029 for the top WiFi and Cellular model with 256GB of storage. You can find out more details about both devices over at Apple at the link below.