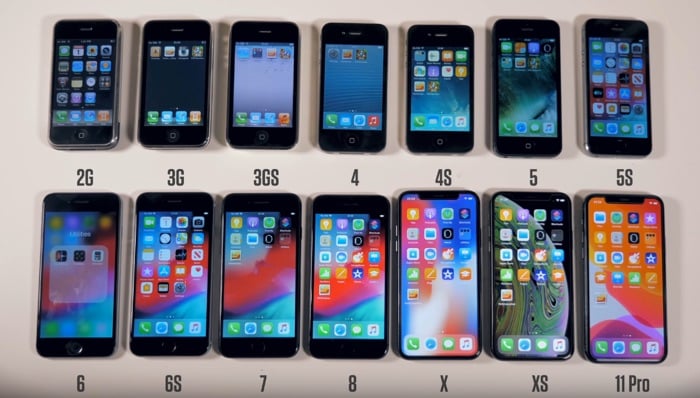 Apple recently launched their new iPhone 11 smartphones, there are three handsets in the range, the iPhone 11, 11 Pro and Pro Max.

Now we have an awesome video from Mrwhostheboss comparing the majority of the iPhones that Apple has released since the first handset launched back in 2007.

Apple’s 2019 iPhones come with some impressive specifications and it is interesting to see how much the handsets have changed since the first device launched.