Netbooks have become hugely popular since ASUS released the first one a couple of years ago, they have seen massive growth over the last few year, and now it looks like that may be about to change, this is mainly down to the Apple iPad.

Analysts at Morgan Stanley have been researching netbooks sales and it looks that they have started slowing down since January, when Apple announced the iPad. 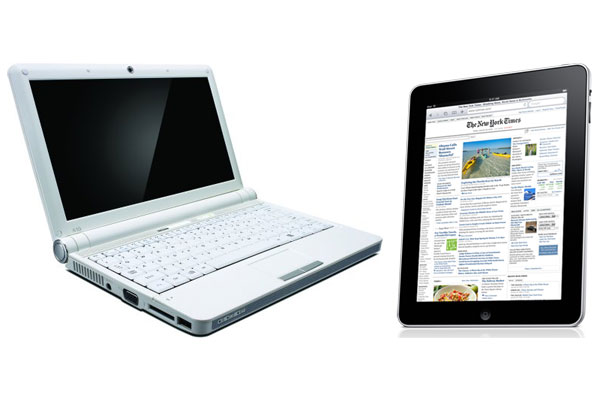 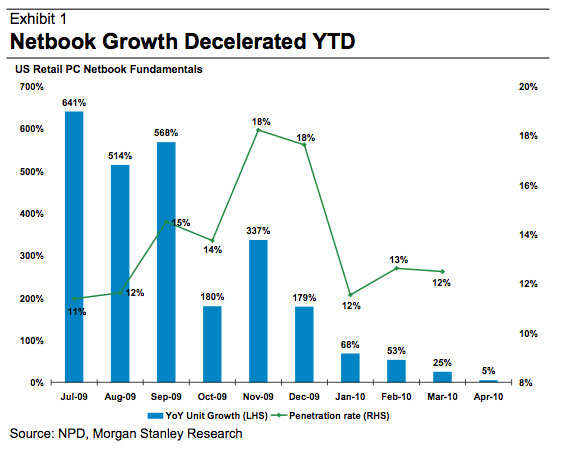 Last summer netbook’s sales were up 641 percent over the previous year, but since January netbook sales have been declining, and have started to decline more rapidly in April when the Apple iPad went on sale.

The main reason people purchase netbook’s was so they could surf the web, check their email and complete basic tasks on the go, all of these things can be done on the iPad and it is a lot more portable than the netbook.

There are a number of manufacturers releasing tablet computers like the Apple iPad in 2010, and we can expect to see them become more popular and this will probably reduce netbook’s sales even more.