Earlier today we saw the iPad kitchen Cabinet Mod, although that mod was slightly more functional than this one if you actually wanted to use the iPad, now we have an iPad Skateboard mod from the guys over at Fuel TV.

As you will see in the video below, the guys at Fuel TV decided to turn the iPad into a functional skateboard to see if they could actually use it to skate on. 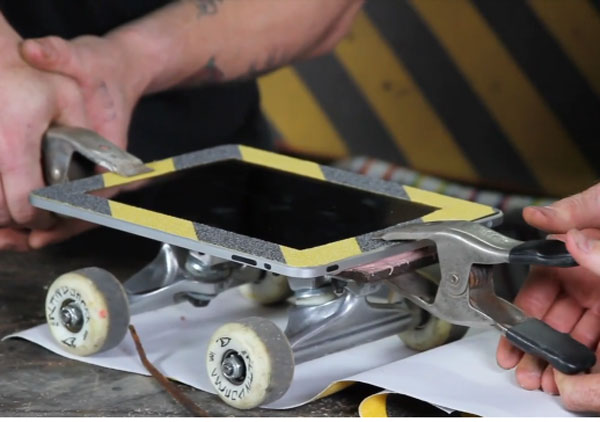 We wouldn’t recommend trying this at home, as you will end up with a broken iPad, if you want to skate we suggest you spend the cash on a skateboard instead of an iPad as we suspect it will probably work a lot better.