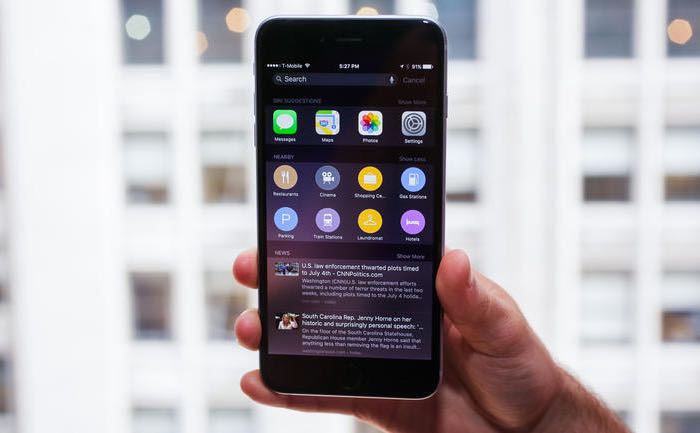 Apple has released its latest adoption figures for its iOS platform and the company has revealed that iOS 9 adoption is now up to 84%.

The 84% figures is up until the 18th of April 2016, older versions of Apple’s mobile OS are now only on 16 percent of their devices.

The previous version of iOS, iOS 8 is now on 11 percent of devices and earlier versions of the OS are on just 5% of devices. 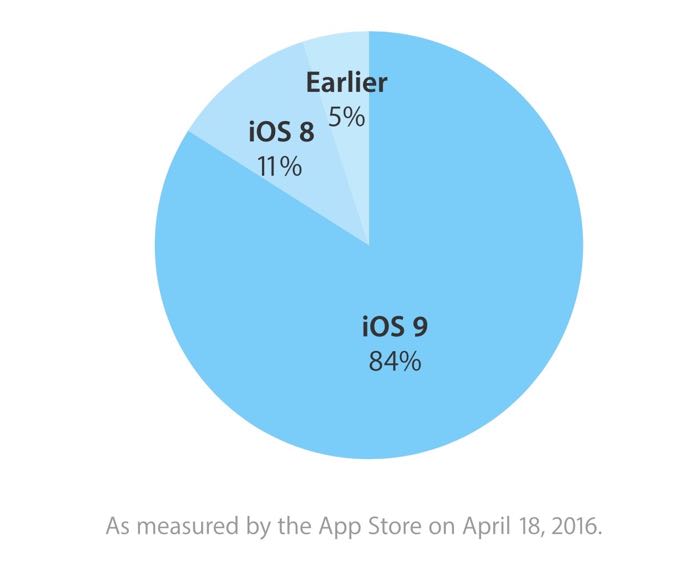 Apple is holding their Worldwide Developer Conference in June  and they are expected to announce the next major release of their mobile OS in the form of iOS 10.

iOS 10 is expected to launch some time in September along with the new iPhone 7 and iPhone 7 Plus.