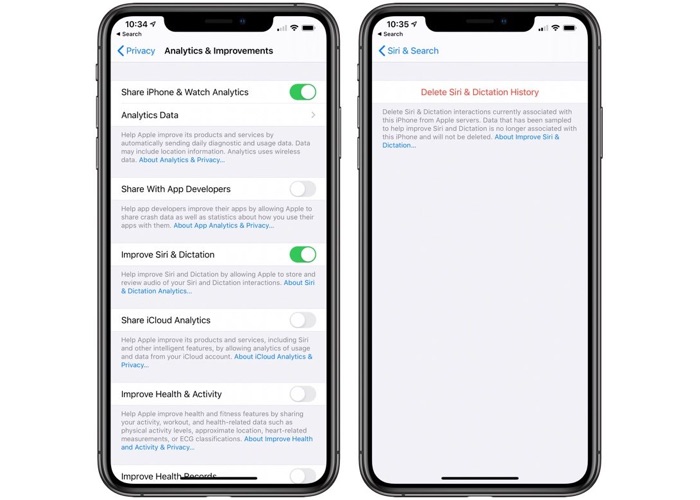 The second beta of iOS 13.2 was released yesterday, it comes with a range of new features and now some changes to Siri have been discovered.

Eralier this year we heard that some of Apple’s contractors had been listening to some anonymous Siri recordings, in an attempt to make it more accurate. You can now stop this from happening in the future should you want to by opting out of this.

As this is only the second beta of the OS it could be a while before the new iOS 13.2 software lands, we are expecting it to land some time in early November.