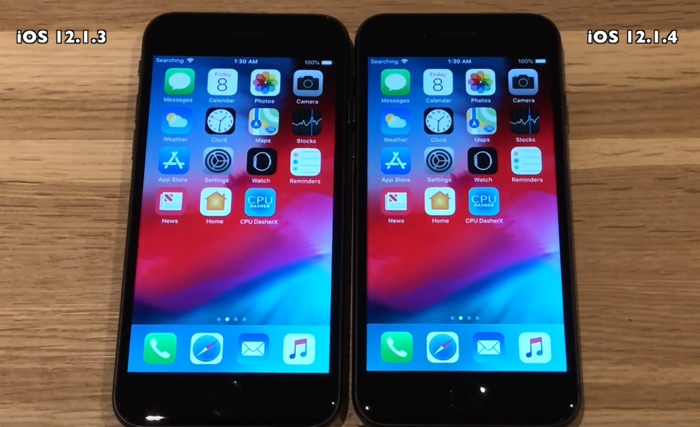 The new iOS 12.1.4 software update fixed a number of bugs in Apple’s iOS, this included the Group FaceTime bug, it is not expected to bring any major speed improvements.

In the videos below we get to see the two versions of iOS run side by side on the iPhone 5S, iPhone 6, iPhone 6S , iPhone 7 and iPhone 8, lets see if there are any changes.

As we see from the video there are no major speed improvements in the new iOS 12.14 over the previous iOS 12.1.3 software.