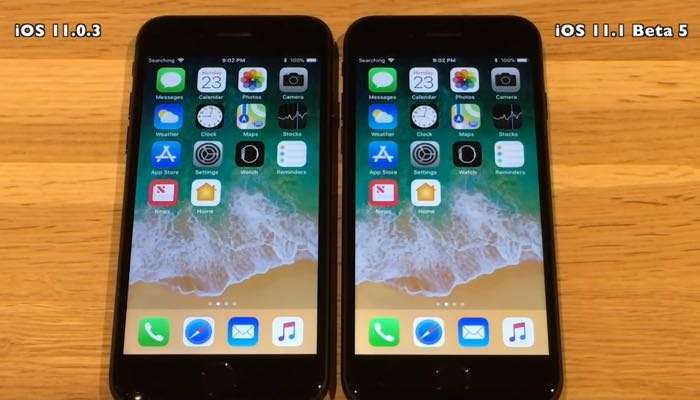 The iPhone 7 booted up faster with the new iOS 11.1 software and the iPad Air was slightly faster with the older OS. Overall the new OS appears to be faster on many of the devices within the apps.