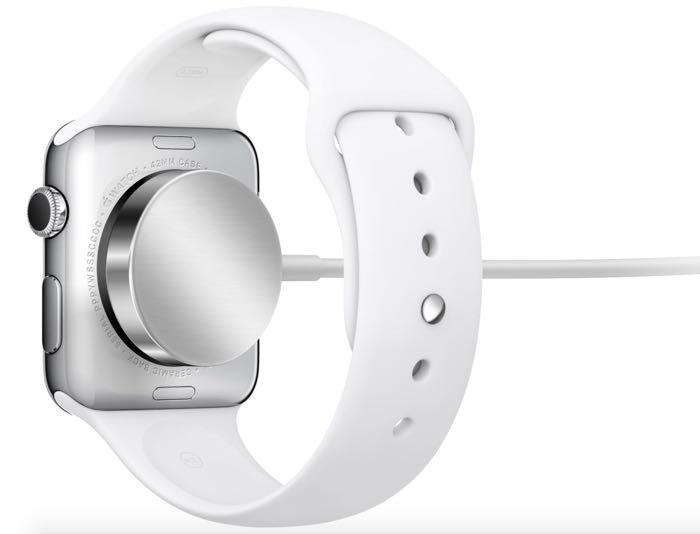 The Moto 360 smartwatch uses the Qi standard for charging, and as the Apple cable can charge the device, this suggests that Apple’s Watch is Qi compatible.

What this means is that the Apple Watch should be able to be charged with other Qi compatible chargers, which means the device could be recharged wirelessly.