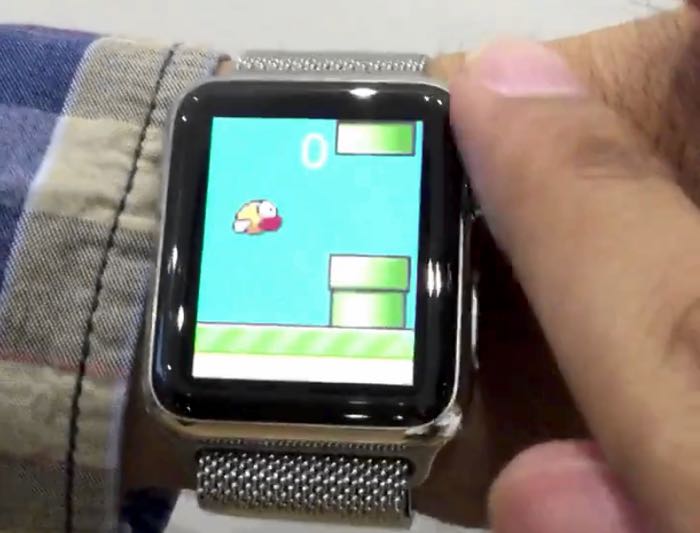 Apple recently released their new Watch OS 2 to developers, the new version of Apple’s smartwatch software will run apps natively on the device.

Flappy Bird looks even harder on the Apple Watch than it was on smartphones and tablets, we wonder if its developer will release a version of the game for Apple’s smartwatch.