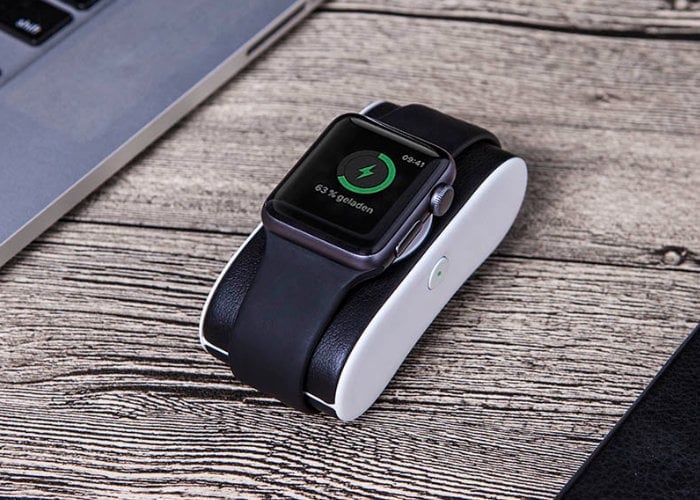 For all its great features the Apple Watch still needs to be charged on a daily basis if you have enabled, awake when you lift your wrist or within 48 hours without. Watch owners in need of a portable battery pack specifically designed to wirelessly charge Apple’s Watch, may be interested in the OPSO.

OPSO is equipped with a Lightning connection enabling it to be charged using the same cable as your iPhone. Watch the demonstration video below to learn more about the pocket sized OPSO Apple Watch battery and its features.

OSPO has this month launched via Kickstarter and is now available to back with early bird pledges from £31 or $40 depending on location. The OPSO power bank is MFi certified and is fully compatible with all four Apple Watch generations.

“Introducing OPSO, a portable charging solution that’s crafted especially for Apple Watches. Portability as one of the top priorities, the charger is magnetic and its built even lets you wrap your Apple Watch securely around the OPSO power bank for a consistent power connection. It’s so compact, you can toss it into any purse, backpack, or bag. Pull it out anytime and anywhere you need it and OPSO has enough fuel to power your watch for up to 4 days of continuous use.”

To be one of the first backers to receive the new OPSO Apple Watch charger jump over to the official Kickstarter crowdfunding campaign page by following the link below.