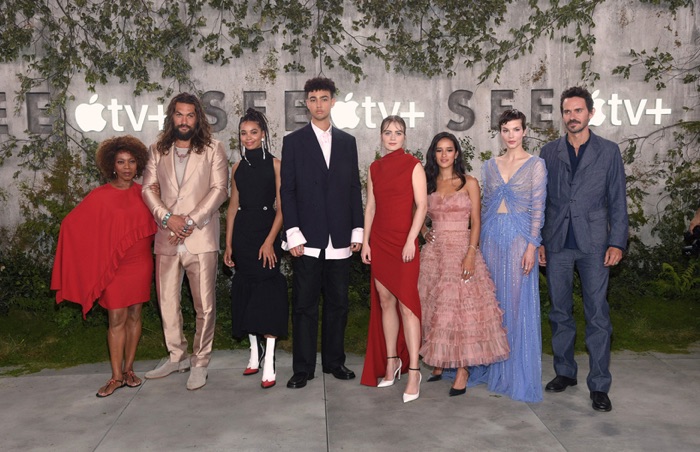 Apple is launching its new TV streaming service next month and one of its major new shows is the futuristic ‘See’ where nobody can see.

Apple premiered “See” today at the Regency Village Theatre in Westwood, California. Written and created by Steven Knight and directed by Francis Lawrence, “See” takes place in the distant future, after a deadly virus decimated humankind. Those who survived emerged blind. Jason Momoa stars as Baba Voss — the father of twins born centuries later with the mythic ability to see — who must protect his tribe against a powerful yet desperate queen who wants the twins destroyed. Alfre Woodard stars as Paris, Baba Voss’s spiritual leader.
“See” features an incredible cast and crew, many of whom are blind or have low vision, who helped bring this epic story to life.

You can find out more details about the new Aple TV+ streaming service over at Apple at the link below.