We heard a rumor a while back that Apple maybe be switching from Intel to ARM for its MacBook processors, and now the rumor has surfaced again, this time it is reported that Apple is testing a MacBook Air with an a5 processor, the same processor that is currently found in the iPad 2.

The news comes from Macotakara who gave us some previous details on the iPad 2 before it was released, and Apple apparently have a test MacBook Air, with an A5 chip. 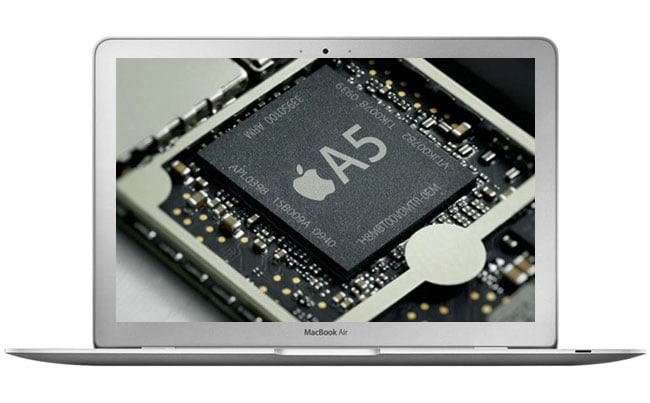