The Apple store is down, which means Apple [AAPL] are getting ready to release something new. We have been hearing rumors that Apple would be updating their MacBook Pro range of notebooks for quite some time now.

Lets hope that Apple are going to announce new models of their MacBook Pro’s today, as they are definitely due an upgrade. 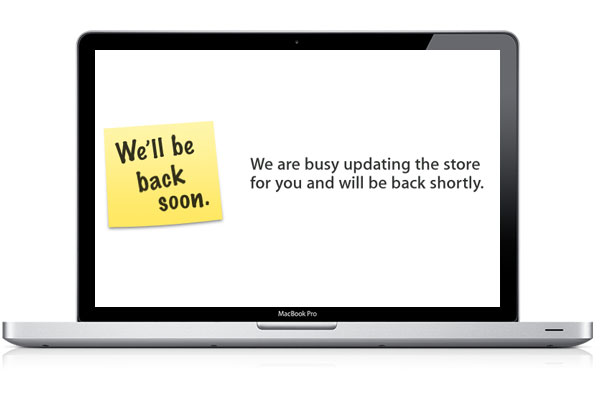 If Apple release new MacBook Pro’s today, they will probably come with Intel’s new Core i5 or Core i7 processors, we are not sure what other upgrades they will features.

As soon as we get some more information on what Apple intend to release today we will let you guys know.