Apple (AAPL) has slashed the prices on its iPod range, ahead of todays special event, where we are expecting Apple to reveal new iPods with built in cameras, so I guess this ads more weight to the rumor. 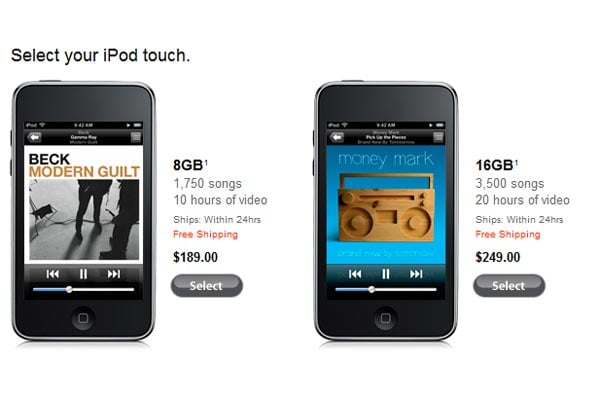