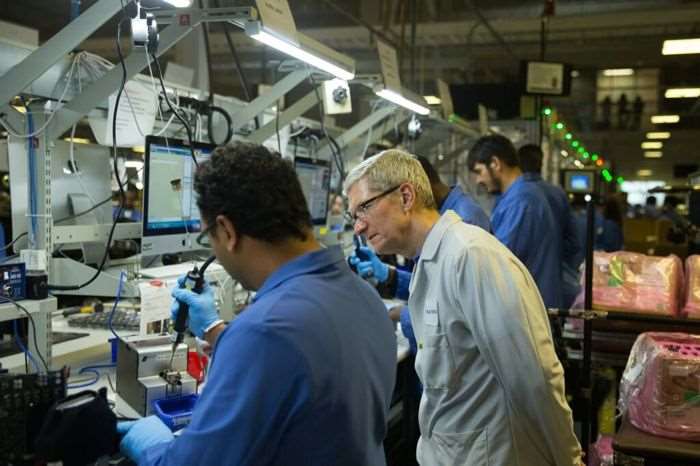 Earlier we heard that Apple is investing $1 billion in a new fund to create highly skilled manufacturing jobs in the US and now the company has announced that it has helped create over 2 Million jobs in the US.

The numbers tell the story. Apple is one of the biggest job creators in the United States, responsible for two million jobs in all 50 states. Last year, we spent over $50 billion with more than 9,000 U.S. suppliers and manufacturers. Since we launched the App Store in 2008, U.S. developers have earned over $16 billion in App Store sales worldwide. And we’re just getting started.

You can find out more information over at Apple at the link below, the company’s website shows details of jobs in all 50 states in the US.