Apple has released a new update for its Mac OS X software, the latest version is OS X Lion 10.7.3 and the update comes with a range of improvements and bug fixes.

The OS C Lion 10.7.3 update adds in support for a range of new languages, which include Catalan, Croatian, Greek, Hebrew, Romanian, Slovak, Thai, and Ukrainian, as well as a range of bug fixes. 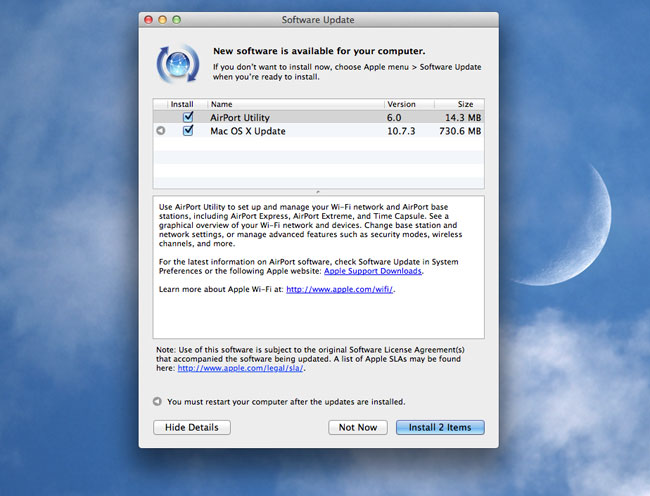 Some of the bug fixes include solving an issue with the Wi-Fi connection when your Mac is waking from sleep, as well as graphics performance issues with ATI graphics.

You can find out full information in everything that is included in the Mac OS X Lion 10.7.3 update over at Apple.