Apple has released a new software update for their iOS devices, the latest version is iOS 6.0.1 and it comes with a number of bug fixes for iOS devices including specific ones for the iPhone 5 and new iPod Touch.

You can see full details of what is included in the iOS 6.0.1 update below, if you are using an iPhone 5 you will need to first install an updater application to fix a bug with OTA updates. 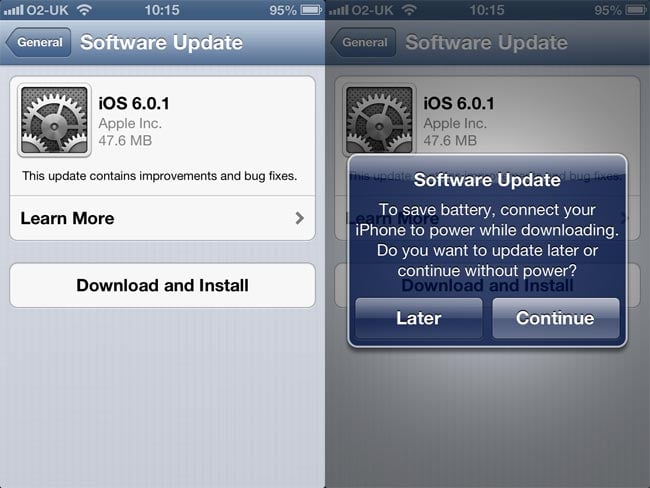 This update contains improvements and bug fixes, including:

The iOS 6.0.1 is now available as an update direct from your iOS device or you can also download and install the update from iTunes.