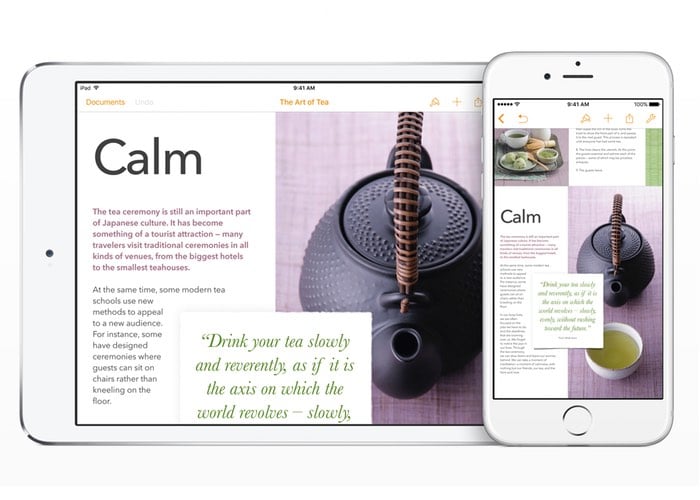 Apple has released a new iOS update to its suite of applications in the form of Pages, Keynote and Numbers brings with it a number of new features specifically tailored for iOS 9.

Enabling support within Pages for the new Force Touch and 3D Touch as well as Split View together with a wealth of other, tweaks, enhancements and features.

We’re constantly updating Pages, Numbers, and Keynote. So your favorite productivity apps keep getting more productive — whether you’re working on an iOS device, on a Mac, or in iCloud. To help you keep up with the latest improvements.

Pages for iOS is a powerful word processor that gives you everything you need to create documents that look beautiful. And read beautifully. It lets you work seamlessly between Mac and iOS devices. And even work effortlessly with people who use Microsoft Word.

For a full list of everything rolled out in the latest major update to the Apple Pages, Keynote and Numbers applications jump over to the Apple website via the link below.