However what Apple didn’t do with a detailed runthrough of the differences between its new Apple OS X Mavericks operating system compared with the currently available Apple Mountain Lion OS X. 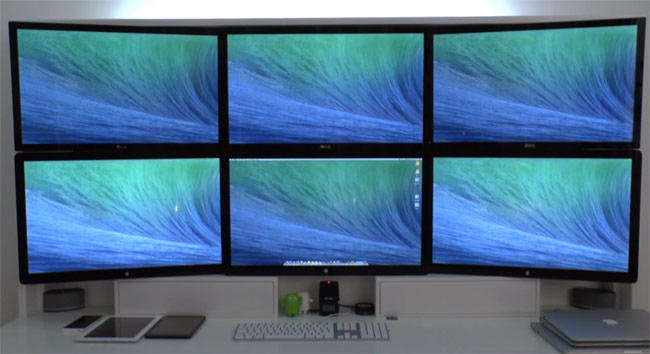 But don’t despair, if you are wondering what the differences are and how the new multi-monitor support will affect your setup when you install Apple’s OS X Mavericks operating system. A video has been created and published the YouTube by YoutUbe user MrThaiBox123 revealing exactly what you can expect from the new Apple operating system.

“This video explains how the new multiple monitor features work in the brand new mac osx 10.9 mavericks. In my case six 27 inch displays on a Apple mac pro.”