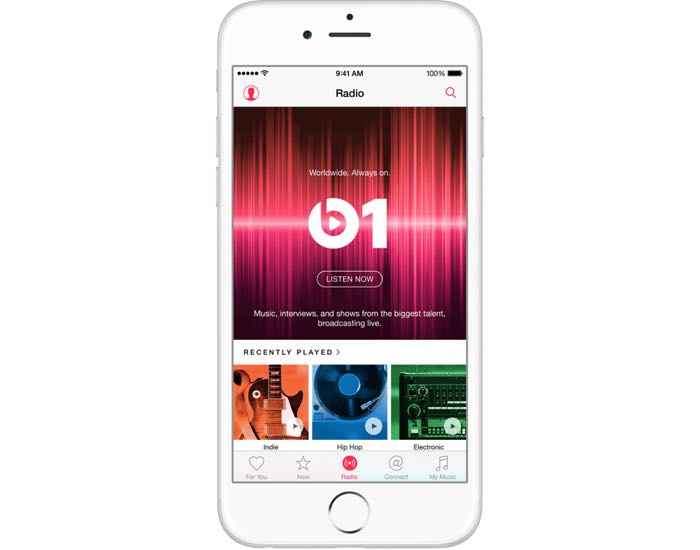 When Apple Music launches later this month it will feature a new live 24 hour radio station called Beats One Radio.

The news of the launch time of Beats One Radio was discovered in iOS 9, users who have the beta installed can now listen to the channel, although it is not live, instead it is playing an introduction loop featuring Zane Lowe, Ebro Darden and Julie Adenuga.