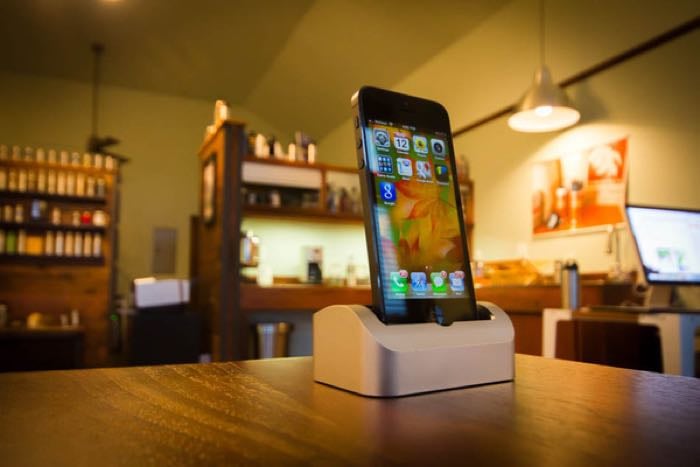 There are a wide range of iPhone Dock’s available on the market from third party manufacturers and now details have been revealed about a possible Apple iPhone Dock.

A new patent filing for an iPhone Dock has been revealed and it looks like the dock also supports Apple’s iPad and a range of accessories.

The new Apple iPhone Dock patent filing was revealed by the USPTO yesterday and it comes with a number of features which include wireless communication and inductive charging, have a look at the picture below.

Apple has released a number of docks for the iPhone in the past, but these have been more of a stand for the device than an actual dock with built in features. The dock features in the picture above has a built in display, inductive charging and more.

As this new dock some with built in WiFi, then it could possibly be used for Apple’s HomeKit, which would allow you to control a number of appliances around your home direct from the dock.

It certainly looks interesting from the information provided in the patent filing as soon as we get more details on exactly what Apple has planned, we will let you guys know.